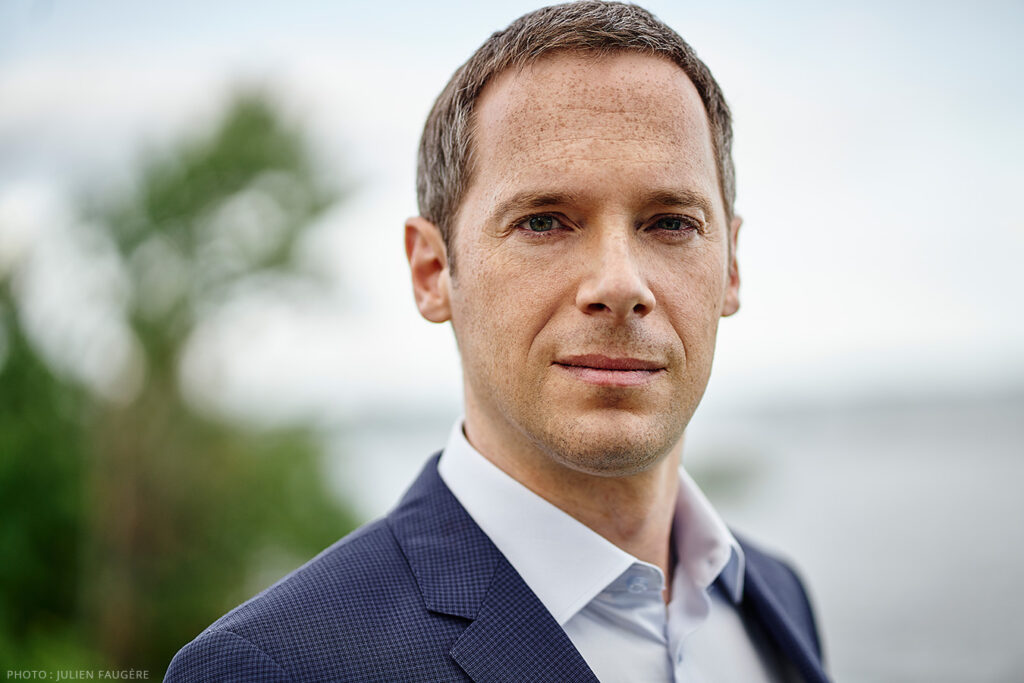 A virtuoso with a warm, elegant style and a wide-ranging repertoire, pianist David Jalbert has
established himself among the elite of his generation of classical musicians and was named by the
CBC among the 15 best Canadian pianists of all time.
Jalbert has released a number of critically-acclaimed recordings for which he gained an Opus
Award and two Juno nominations. He is now at work on an ambitious 3-disc set of the complete
Prokofiev Piano Sonatas.
An accomplished chamber musician in both the hall and the studio, he has collaborated with
Pentaèdre on recordings of Poulenc and Hindemith’s music for woodwinds and piano and with his
long-standing musical partner Denise Djokic on many projects. His piano trio, Triple Forte, with
Ms. Djokic and violinist Jasper Wood, has toured extensively and won the 2014 Prix Opus (Album
of the Year). Jalbert has also collaborated with violinists Nicola Benedetti and Rachel Barton Pine,
the Cecilia and Alcan string quartets, double-bassist Joel Quarrington as well as with pianists
Anton Kuerti, Wonny Song and Jean-Philippe Collard.
As guest soloist, Jalbert has appeared with many orchestras, including the Montreal Symphony
Orchestra, Vancouver Symphony Orchestra, Toronto Symphony Orchestra, Calgary Philharmonic,
National Arts Centre Orchestra, CBC Radio Orchestra, Bielefelder Philharmoniker, National
Symphony of Ireland, Les Violons du Roy and others. He has collaborated with conductors
Yannick Nézet-Séguin, Skitch Henderson, Jacques Lacombe, Bramwell Tovey, Mario Bernardi,
Tania Miller and others and has performed in Canada, the United States, Mexico, South Africa and
Europe. He has been heard regularly on CBC Radio and Radio-Canada broadcasts, not only as a
pianist, but also as a guest host or commentator for special events.
A national and international prize-winner, David Jalbert was the 2007 winner of the prestigious
Virginia Parker Prize of the Canada Council for the Arts, has been awarded six Prix Opus by the
Conseil Québécois de la Musique, was nominated for four Juno Awards, and is now Full Professor
and Head of Piano at the University of Ottawa and on faculty at the Orford Music Academy. He
holds two Artist Diplomas from the Juilliard School in New York and from the Glenn Gould
School in Toronto. He received his Master’s Degree from Université de Montréal at age 21,